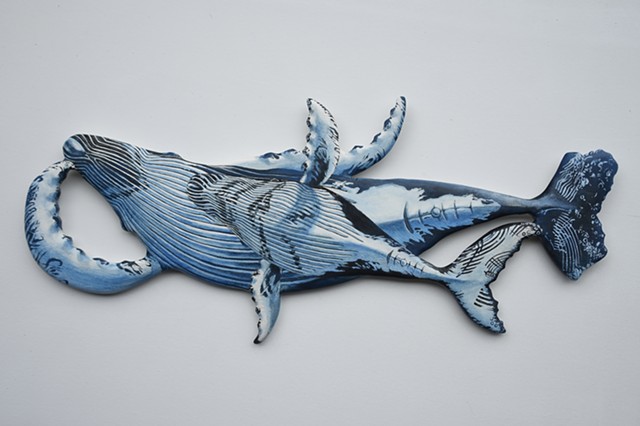 Striation and her calf are adorned with scars imparted by their nemesis, the killer whale. Genetically distinct ecotypes of orcas are dispersed throughout the world's oceans, each population particular in their hunting techniques for specific prey.

Humpback whales have been observed interfering in killer whale hunts targeting their species as well as seals, porpoises, and even ocean sunfish. Some researchers speculate this to be an example of altruism across species, while others suspect the Humpbacks are disruptive before knowing the identity of the orcas' target.

The megafauna are celebrated in culture for their reserved nature, but to other predators they can be a blight upon the day's hunt.