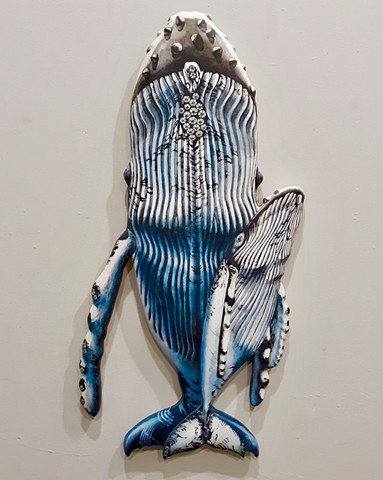 The humpback whale provides its single progeny with a watchful eye against orcas and a few species of sharks, and its maternal instincts extend even to other species through altruism. Humpbacks are the only creature known to interfere with the hunts of orcas, and they bear rake mark scarring as badges of honor on their tails and flippers.

Researchers hypothesize that the humpbacks may be responding to their own memories of orca encounters, or the rescue of other species is accidental as the vocalizations of killer whales do not reveal the prey identity.

NOAA researchers detailed 115 incidents of humpback whales rescuing other creatures from orca attacks between 1951 and 2012. The results showed that in 89 percent of recorded incidents the humpbacks stopped the orcas at the beginning or mid-hunt. They noted that just 11 of the 115 incidents involved rescuing humpback whale calves. The rest involved rescuing a variety of other marine creatures such as sea lions, gray whales, sunfish and harbor seals.